The Mitcham Hills Interchurch Council members include two Anglican parishes, five Uniting Church in Australia congregations, two Baptist churches, a Roman Catholic parish with two centres, a Lutheran parish and a Church of Christ. There are also a number of pentecostal churches including the The Hills Christian Family Centre and The Frontier Christian centre

Blackwood Railway Station is a transport hub with buses to Adelaide and the outer Southern suburbs, trains to Adelaide and Belair. There is also a daily commuter bus to and from the Eastern Fleurieu Peninsula passing through Blackwood.

The suburbs of Blackwood, Belair, Glenalta, Hawthorndene & Upper Sturt, Craigburn Farm, Eden Hills and Bellevue Heights had a combined population as at 30th June 2016 of 23,440.

In 1908, the Government of South Australia acquired 20.8 hectares for use as an experimental orchard. It was planted with various fruit and nut trees by the Department of Agriculture and, in 1952, a small area was planted with Radiata Pines. In 1968, management was transferred to the Woods and Forest Department and, in 1972, the remaining fruit trees were removed and more pines were planted. However, by 1985, after community opposition to a plan to harvest the timber, the land was resumed and held as vacant Crown Land. After further opposition to attempts to dispose of the land, led by the community based 'Save the Blackwood Forest Committee', it was proclaimed a recreation park in November 2001.

Belair is a suburb located in the hills of Adelaide, South Australia. A leafy suburb, it was established during the settlement of Adelaide as a source of timber. Parts of Belair have views of the city of Adelaide and the coast, and it is approximately a fifteen minute drive from the Adelaide CBD. Belair National Park is one of the main attractions of this suburb.  Windy Point (formerly known as Observation Point) represents one of the best lookouts over the city and suburbs. Belair is the site of an 18-hole golf course, located next to Belair National Park. Belair is also very popular area for mountain bikers with many trails found in the area.

Belair National Park (formerly known as Belair Recreation Park) is a national park in South Australia (Australia), 13 km south of Adelaide. It covers an 835ha area, and was the first National Park in South Australia. The park lies within the Adelaide Hills and Mitcham Council area, and forms part of a chain of national park reserves located along the Adelaide Hills Face Zone. The Belair National Park is administrated by the Department for Environment and Heritage. The Belair National Park has excellent recreation and social facilities within on outdoor environment. There are many areas of interest within the park, including Old Government House, the park Nursery, Playford Lake and the Adventure Playground. It has numerous tennis courts and ovals, and has walking, bike and horse-riding trails. The park has an outstanding presentation of the State’s native fauna, attracting visitors, showcasing the State’s park system and contributing to the community awareness of the natural environment. Some species of fauna commonly encountered in the park include the southern brown bandicoot, tawny frogmouth, brown tree frog and shingleback lizard.

The original subdivision of Hawthorndene was created by A.E. and D.J. Hewett on part sections 871-2, Hundred of Adelaide in 1925; however, it was not until 1988 that its boundaries were completely formalised. Its name refers to the many Hawthorn bushes growing along Minno Creek as a result of seed being washed down the creek from the Hawthorn maze in the Belair National Park and from a Hawthorn hedge planted by C. Legh Winser around his orchard in what is now Glenalta. 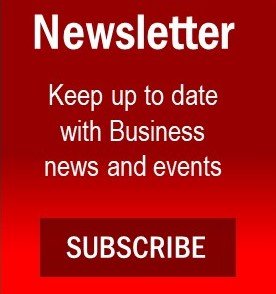 Please complete this Survey re the Aldi Supermarket application